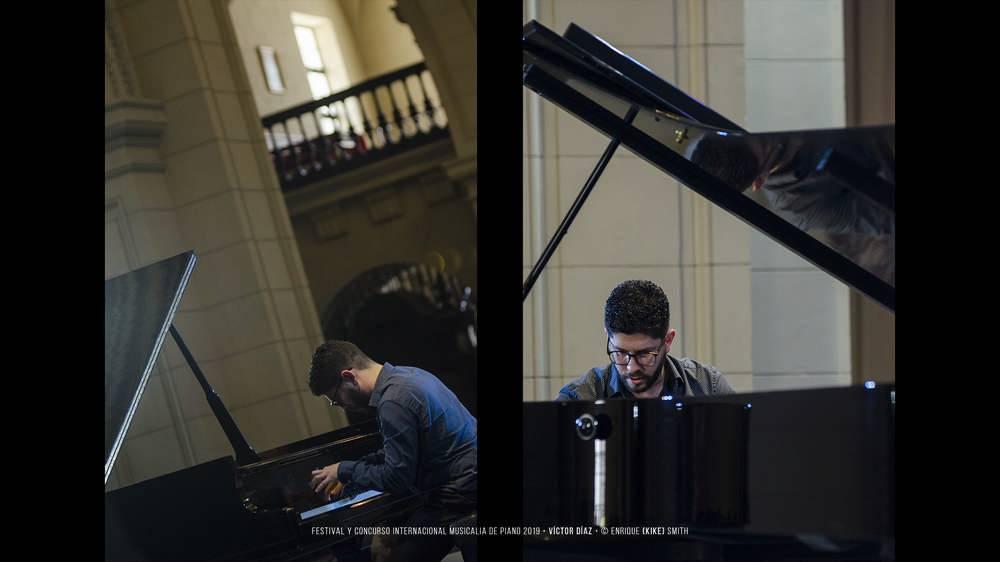 Victor earned his Bachelor of Music at the University of Arts in Havana, Cuba in 2013. In 2016 he was awarded full scholarship at the Southern Methodist University in Dallas, Texas to study under the guidance of Maestro Joaquin Achucarro.

At SMU, Victor completed the Performer’s Diploma Program in 2018. The Master’s Program in 2020 and most recently, the Artist Diploma Program in 2021. His recordings of the Cuban piano repertoire include works by composers as Hilario Gonzalez, Argeliers Leon and Edgardo Martin and they have received distinctions in the Cuba’s premier music awards Festival Cubadisco in 2011 and 2012. Victor has won many prizes in international and national piano competitions in Cuba, France, and Mexico. His most relevant awards include the Silver Medal in the Jose Jacinto Cuevas International Piano Competition hosted by Yamaha Piano held in Mexico; Second Place in the National Piano Competition UNEAC in Havana, Cuba and Special Mention to the best performance of Heitor Villalobos pieces in the Epinal International Piano Competition at Epinal, France.

Currently based in Dallas, TX, Mr.Diaz is in high demand as a soloist, piano professor, chamber musician and collaborative pianist. He serves as a stuff pianist at the Southern Methodist University.