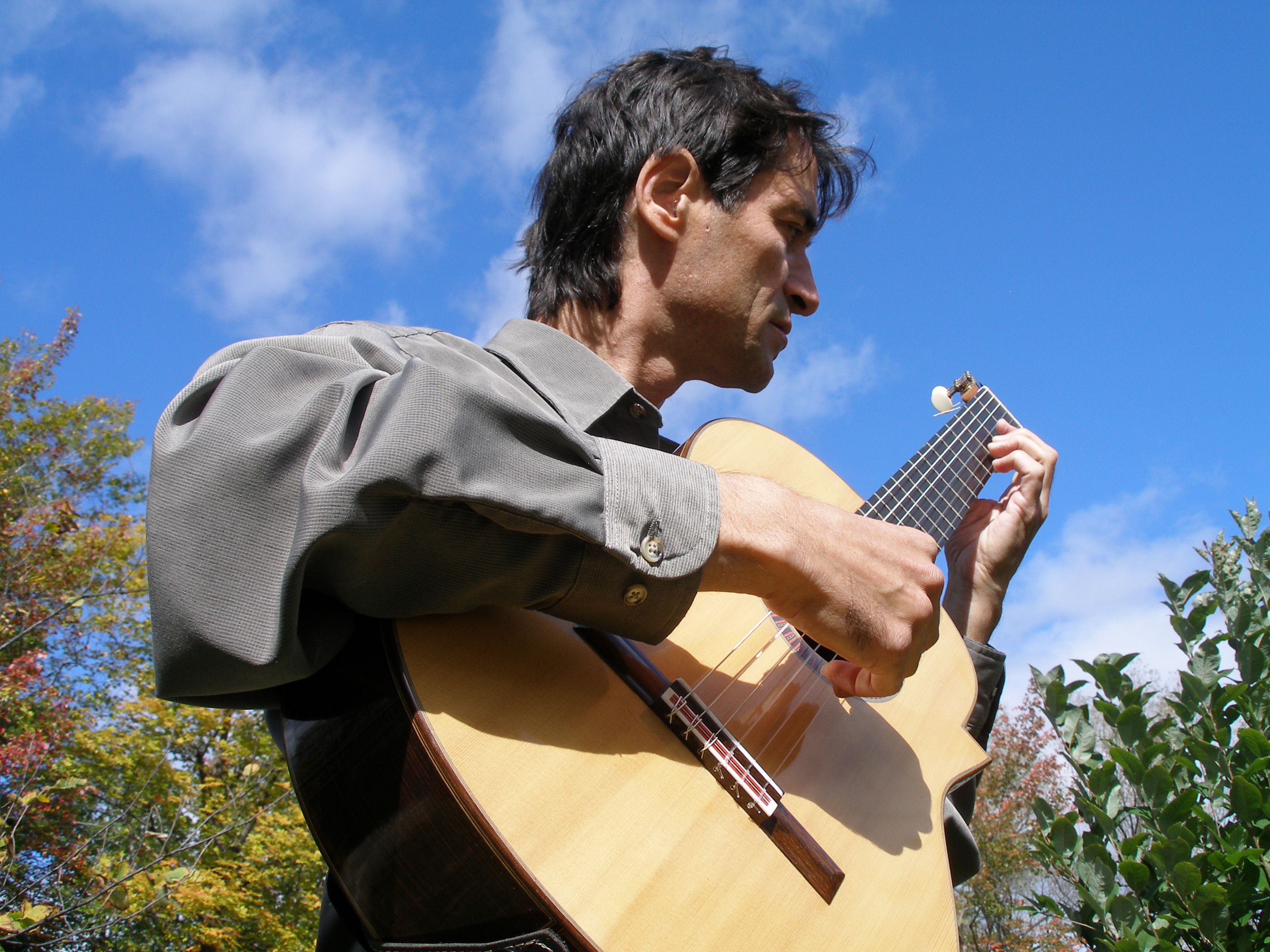 Guitarist Pierre Beaudry performs through the world. His extensive concert career takes him to Europe, North America, China and South East Asia, where his solo performances are acclaimed both by the public and the press. The critics have rewarded him for his interpretations of Baroque, Modern and Avant-garde music.

In addition to being a laureate of the International Music Competition of Finale Ligure in Italy, he received numerous grants from the Quebec Arts Council, and is a DAAD alumni (German Academic Exchange Service).

He studied in Germany at the Cologne Music Academy (Artist Diploma, with Honors), in France at the Paris Conservatory of Music (1st Prize) and at the Nice Conservatory of Music (1st Prize). His most important teachers have been Alexandre Lagoya, Ako Ito and pianist Marc Durand. His interpretations are also marked by long-term studies of musicology and performance practice.

Since 2001, due to a major mechanical disorder in the spine, Pierre Beaudry is forced all the time to play guitar in an orthostatic position, i.e. standing up. This position is absolutely unusual in modern classical guitar. He never stopped giving concerts and gave his first performance standing up, in solo, in France on May 18th, 2006.

In the period from 1993 to 2006, he has been on the music faculties of three universities in Quebec, Canada (Concordia, Bishop’s and Sherbrooke).

He is currently professor of guitar at the Tiziano Rossetti International Music Academy in Lugano, Switzerland.

A short meeting to hear your play and to know about your goals.
BOOK NOW